This is very last minute, because, well, our current Kickstarter for BattleTech—much less the usual crazy of preparing releases and other elements for Gen Con—has been all-consuming the last few months. However, just as we did at Origins, we’re sneaking in a big “stealth Leviathans” game this year.

This will be a single event, of four concurrent games. What’s more, it’s really an opportunity to playtest numerous new factions—Germans, Italians, Austro-Hungarians, Japanese, Americans, and Russians—some new rules—aerial torpedoes in particular—and really just show-off our love of this great game. All while interacting with some of those that helped us reach this stage. (See the attached photo for our table where we’re preparing final game assets to start packing up and get on a plane tomorrow).

If any of the above sounds interesting, and you’re already attending Gen Con, it will run Friday night from 8PM to midnight. Just find us at the Catalyst Minis HQ. Note this is a ticketed event, and there will be limited room. But we will take as many as we can. And of course, even if you can only just stop on by and say hi, we’d love to see you.

Hope to see some of you there! 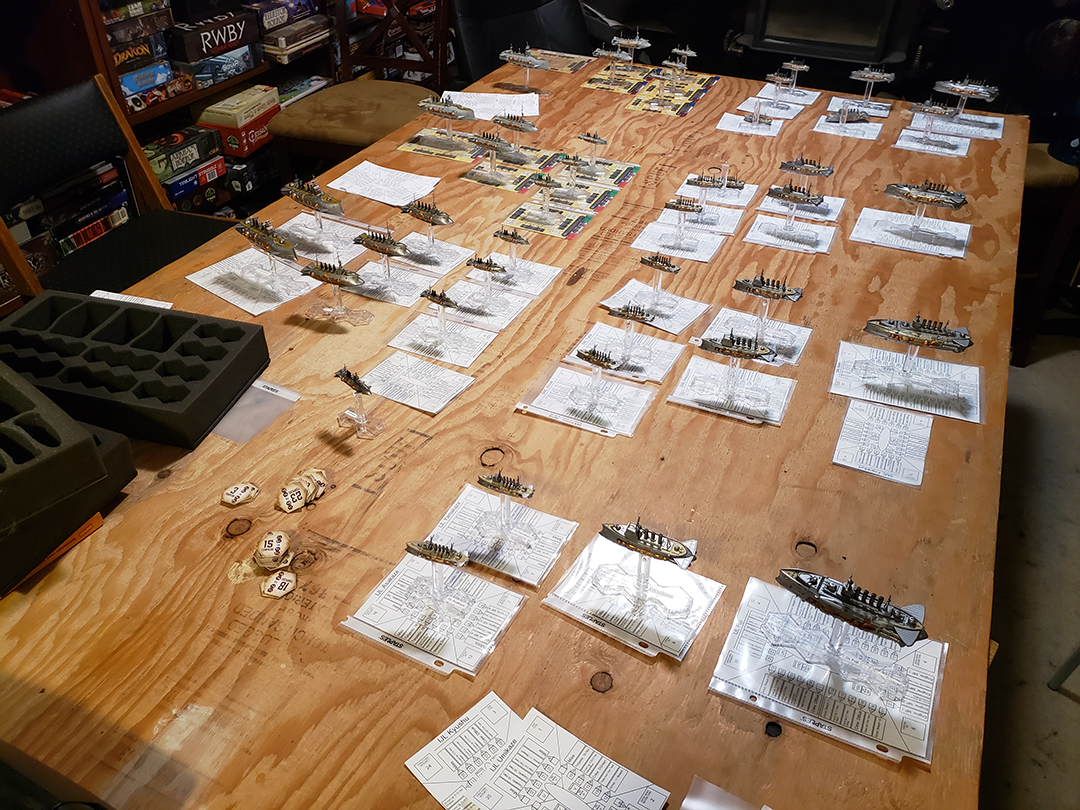