Got a couple things to show off today.

First, I’ve got the cover for the new Leviathans Novella.

The book itself is nearing completion, going through final changes now.

The same author also has a short story covering events in South America as both the US and Japan jockey for power on the continent. The short story will be free to all backers of the kickstarter. The Novella will be available for purchase at kickstarter launch as well as with higher backer levels.

And speaking of South America, here is a work in progress map of the continent. 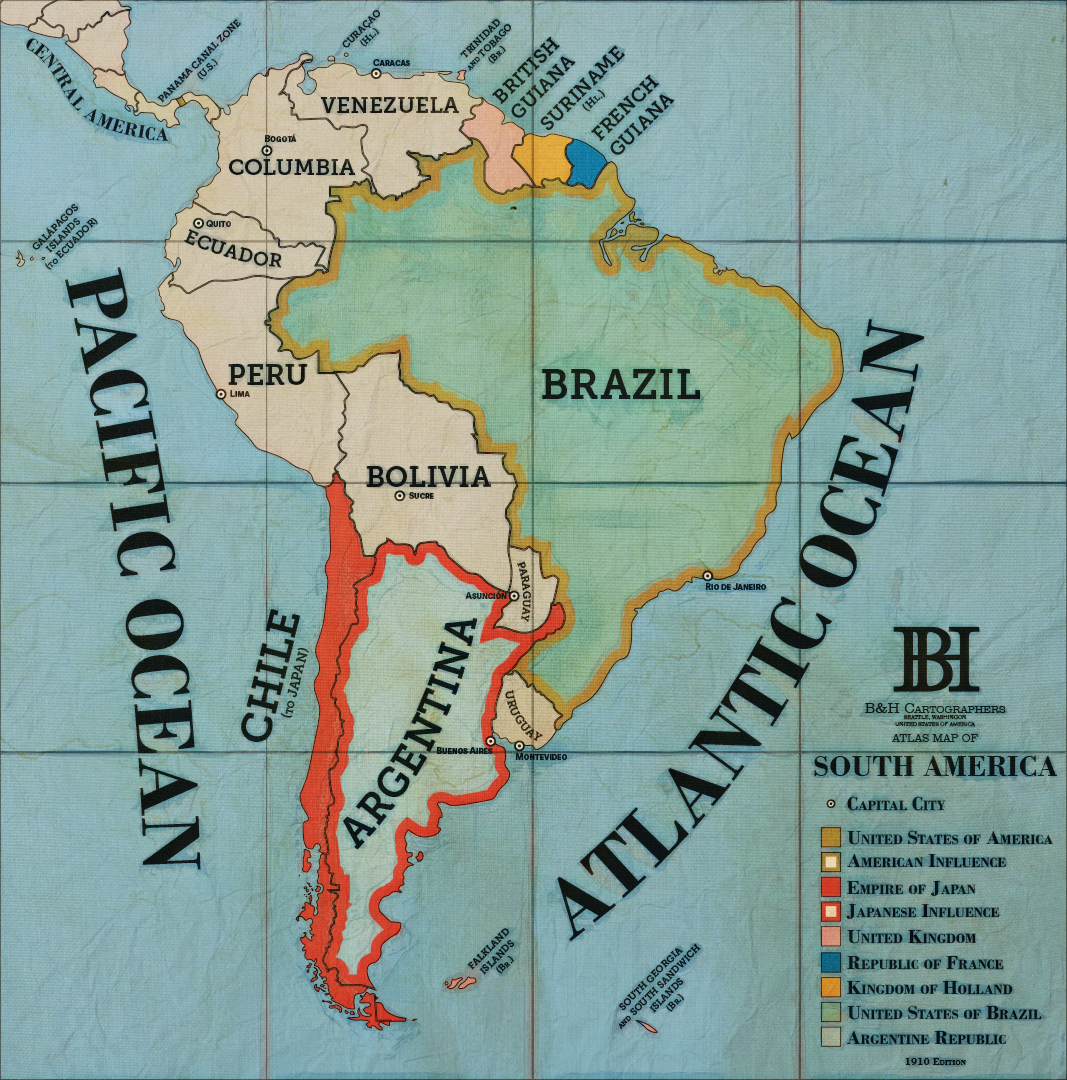 The next post will be next Monday and I will show off all the ship cards and molds that will go into a faction box.

Have a great week!

The RMS Roma is the answer to the unasked question: How much like a destroyer can we make a flying Battleship? The Italian navy has prided itself on speed and maneuverability above all else. Their navel doctrine  is built around hit a run tactics, dealing out quick damage at range before just as quickly pulling away. While these tactics saw huge success for the smaller ships in the fleet, the first generation of Italian Battleships could not keep up with these fleet movements and so were either left at the dock or would fall behind. However, this did make the Italians fleets very light and gave them very little staying power.

This all changed with the introduction of the Vulcano class, battleships built to keep up with their hit and run fleets. The RMS Pompeii could provide cover when needed while dishing out damage at range, then fall back with little issue. The introduction of the Vulcano class has caused a shift in Austral-Hungarian tactics and ship design, forcing them to rapidly close with the Italians and cripple them before they can pull away.

Continue the discussion at forums.monstersinthesky.com